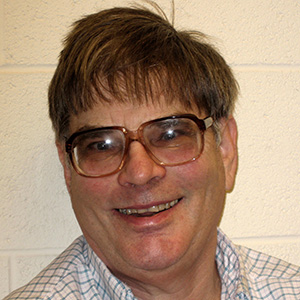 On Thursday September 13th, 2018, the OSU Physics Department lost one of its beloved and most effective members of faculty. Dr. Paul Westhaus passed away in hospice care at Westhaven Nursing Home in Stillwater.

He leaves behind, Wei, his wife of many years, whom he first met when she was a student in the department.

Paul was born on December 10th, 1938, and after obtaining his PhD at the University of Washington in St. Louis, he joined the OSU Physics department in the Fall of 1968, along with Drs. Earl Lafon (now deceased) and Tim Wilson (retired). They joined Lionel Raff (retired) from Chemistry and Herb Pohl (deceased) from Physics to form the OSU Quantum Theoretical Research Group. In the words of Tim Wilson: "These were exciting times and the collaboration was great. We held weekly seminars and started a technical note series, most of which became journal publications, but some of which were tutorial in nature. ... We were young and having fun."

Perhaps his greatest contribution to the department, however, came through his care of and interaction with the students. In this, he was recognized among all of us as being second to none. As Dr. Jim Wicksted put it, when thinking of how to be a professor he "would start with Paul, and end with him also". He was simply the best. The students, particularly the graduate students, found his lecturing style a picture of clarity; his notes recognized as an account of how physics ought to be taught. He also set perhaps the longest homeworks of any of the professors, and expected appropriately long and detailed answers!

Andy Lau, one of his former students, stated: "No matter what you were doing, [Paul] would always put [his] priorities aside and concentrate on the students with their questions. Anytime [his] door was open, [he] would gladly entertain me with all of my problems until I was satisfied with a result in a friendly, casual environment." How many of us could say we always did that?

Paul was like a father to the students, driving or walking them to various places, whether it was for registering for a Social Security number, picking them up from the airport, solving housing problems, or filing papers with the OSU administration, and so much more. For some students with serious health problems he even paid their hospital bills. Dr. Satya Nandi recalls: "I remember one new international graduate student told me that she arrived at the OKC airport in early January, and she did not know anybody to call. So she called Dr. Westhaus , the Director of Physics Graduate Studies, and Dr. Westhaus immediately went to the airport in the icy, snowy winter, picked her up with her luggage, and took her to the dorm. Several international students told me that Dr. Westhaus often would put sandwiches and soft drinks in the departmental refrigerator for the students to eat."

In later years, when his research efforts lessened, he devoted all his time to teaching and administration, taking much of the load away from the Department Head and other faculty.

He also acted as research advisor to many students who did not pass the Prelim exams and had no other advisor, so that they could finish a Masters project. He organized the "Ye Old Prelims" books and had many sessions with students preparing for the prelims. 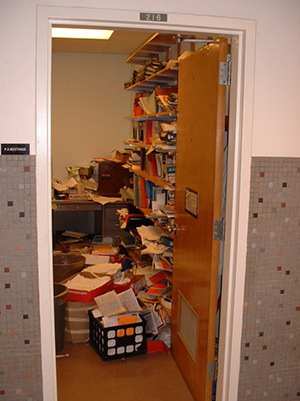 It would often be a challenge to find him in his office, however -- not because he was not there, but because it was often hard to see him buried behind his piles of papers and scattered documents. It was said that it was fortunate that the fire marshal was not one of his students! Although his office was often messy, he knew where everything was.

He was an inspiration to the office staff too. Susan Cantrell recalls how: "Paul’s dedication, devotion, compassion and generosity were overwhelming. I witnessed countless times when he went out of his way to help students and staff. He served on many university committees trying to help wherever he could. Anytime the office would have a question about anything we would always call him. We lovingly called him the 'Knower of All' while we were the 'Seekers of Wisdom'."

Paul retired from OSU in 2008, and was rewarded by his colleagues with the creation of The Paul Westhaus Scholarship for the support of students intending to study physics. The small endowment continues to grow and several students have been supported in his name. It is hard to think of a more fitting tribute to Paul than this. A man of great humility, he was very touched by the gesture.

Paul was an devoted, practicing Catholic, attending regular service at St. Francis’ in Stillwater along with his parents, while they were alive. He was an active participant in church organizations and fortunately he lived to see the glorious new Catholic Church built on Country Club road.

Humble, polite, always smiling, and always supportive, Paul was a delight to have as a colleague. Although retired for several years you knew he was always around and available. Now he has gone, and he will be sorely missed.

The department’s condolences go out to his wife, Wei.