The BBC in Stillwater, America

The British Broadcasting Corporation contacted OSU in April 2009 about videotaping at OSU's observatory for its five-part series entitled "Wonders of the Solar System". Here are photos of the BBC crew in Stillwater during their April 20–22 visit, and of the finished product. 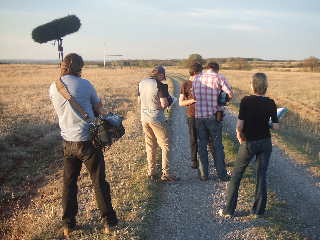 The BBC crew records introductory remarks near the observatory at sunset. 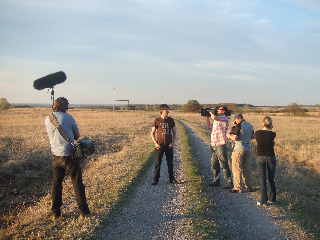 In the brown shirt is physics professor Brian Cox of the University of Manchester, who also serves as BBC's "Carl Sagan". 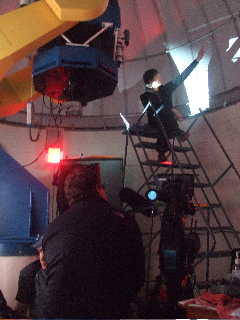 For one program segment, Dr. Cox describes Saturn's rings and moons as their images are projected onto the dome. 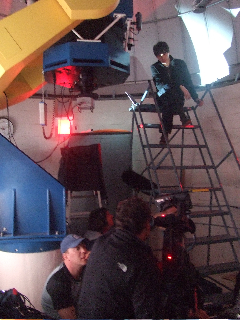 During their stay, the crew videotaped all aspects of the observatory in action, including observations of Saturn. 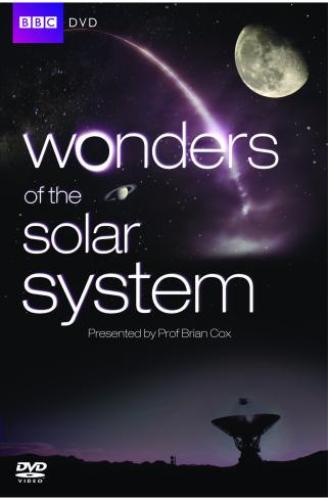 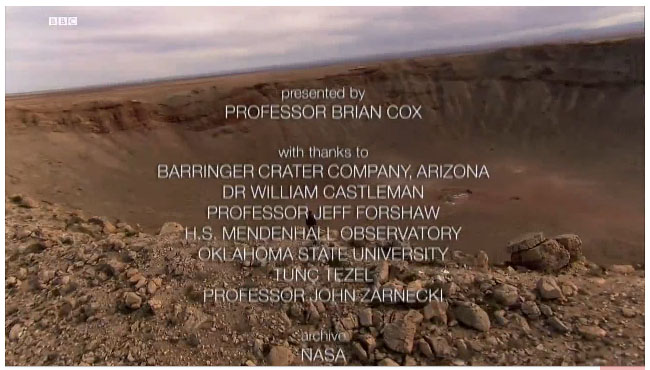 The end credits for the second episode.