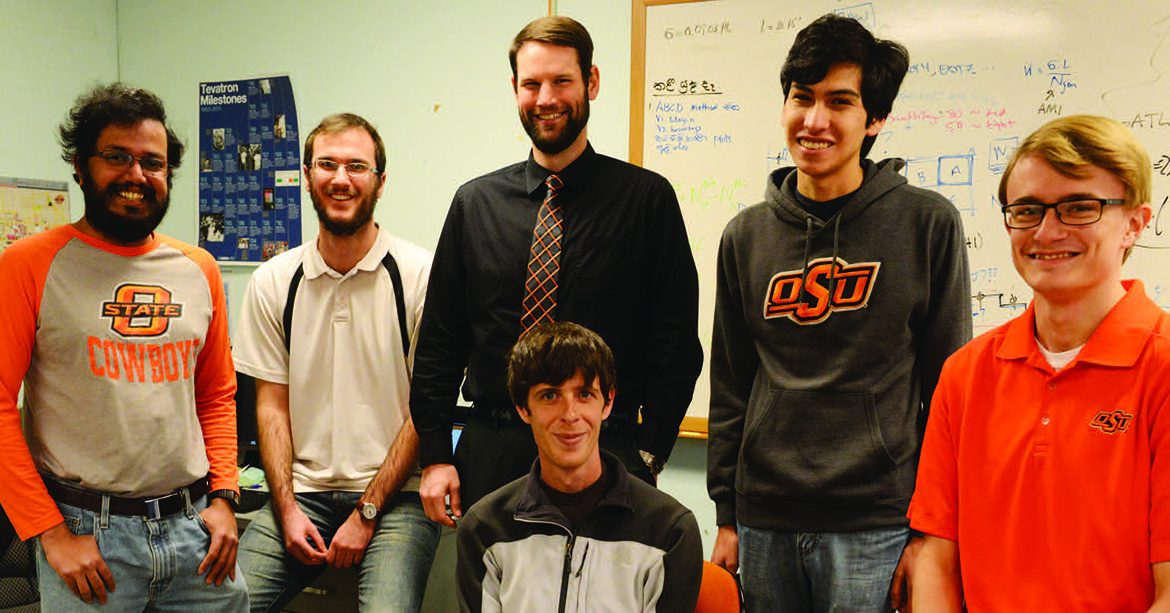 Research at CERN has led to some of the largest and most significant discoveries in particle physics in human history, expanding mankind's understanding of space and time. In Stillwater, a team of Oklahoma State University scientists and students help push humanity's knowledge of reality forward.

Joseph Haley, assistant professor of physics, serves as the point man for a team of OSU faculty, students and post-doc researchers working with scientists and institutions from around the world on the ATLAS Experiment.

Short for "A Toroidal LHC Apparatus," ATLAS is an experiment aimed at utilizing the energy output available from the Large Hadron Collider to observe phenomena not previously observable through lower-energy colliders. The goal is to illuminate theories of particle physics beyond the "Standard Model," a formulation developed in the mid-1970s that attempts to explain how matter behaves at the subatomic level.

"The basic idea is that it boils down to Einstein's Theory of Relativity," Haley says. "It works well, but we know it has problems. … It explains almost every measurement we've done, it's the best tested theory in history, but if we use it to calculate what should happen at higher energies, certain calculations give nonsense answers, such as probabilities greater than 100 percent."

As matter approaches the speed of light, Haley says, Newtonian mechanics begins to break down, so Einstein's Theory of Spatial Relativity is used to predict how matter will behave at near-light speeds. The Standard Model serves a similar function in particle physics, allowing scientists to say how particles will behave at certain energy levels. As interactions begin to take place at higher and higher energy levels, however, the Standard Model begins to no longer fit, so a new theory is needed.

ATLAS was created to help discover that theory.

Along with Flera Rizatdinova and Alexander Khanov, Haley leads a small team of assistants and scientists searching for new particles created in the collisions produced at CERN by the LHC facility. Members of the group work both on-site at CERN and from facilities in Stillwater.

The complete article by Bryan Trude appears in OSU Research Matters 2017 and is also available in PDF form at Writing the Rules of the Universe.