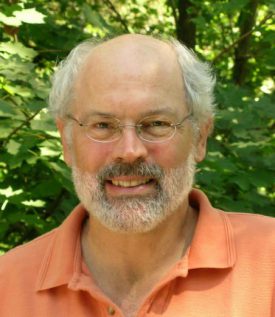 A nuclear war between any two nations, such as India and Pakistan, with each country using 50 Hiroshima-sized atom bombs as airbursts on urban areas, could inject 5 Tg of soot from the resulting fires into the stratosphere, so much smoke that the resulting climate change would be unprecedented in recorded human history.  Our climate model simulations find that the smoke would absorb sunlight, making it dark, cold, and dry at Earth’s surface and produce global-scale ozone depletion, with enhanced ultraviolet radiation reaching the surface.  The changes in temperature, precipitation, and sunlight from the climate model simulations, applied to crop models show that these perturbations would reduce global agricultural production of the major food crops for a decade. Since India and Pakistan now have more nuclear weapons with larger yields, and their cities are larger, even a war between them could produce emissions of 27 or even 47 Tg of soot.

My current research project, being conducted jointly with scientists from the University of Colorado, Columbia University, and the National Center for Atmospheric Research, is examining in detail, with city firestorm and global climate models, various possible scenarios of nuclear war and their impacts on agriculture and the world food supply.  Using six crop models we have simulated the global impacts on the major cereals for the 5 Tg case.  The impact of the nuclear war simulated here, using much less than 1% of the global nuclear arsenal, could sentence a billion people now living marginal existences to starvation.  By year 5, maize and wheat availability would decrease by 13% globally and by more than 20% in 71 countries with a cumulative population of 1.3 billion people.  In view of increasing instability in South Asia, this study shows that a regional conflict using <1% of the worldwide nuclear arsenal could have adverse consequences for global food security unmatched in modern history. The greatest nuclear threat still comes from the United States and Russia.  Even the reduced arsenals that remain in 2020 due to the New START Treaty threaten the world with nuclear winter.  The world as we know it could end any day as a result of an accidental nuclear war between the United States and Russia.  With temperatures plunging below freezing, crops would die and massive starvation could kill most of humanity.
As a result of international negotiations pushed by civil society led by the International Campaign to Abolish Nuclear Weapons (ICAN), and referencing our work, the United Nations passed a Treaty to Ban Nuclear Weapons on July 7, 2017.  On December 10, 2017, ICAN accepted the Nobel Peace Prize “for its work to draw attention to the catastrophic humanitarian consequences of any use of nuclear weapons and for its ground-breaking efforts to achieve a treaty-based prohibition of such weapons.”  Will humanity now pressure the United States and the other eight nuclear nations to sign this treaty?  The Physicists Coalition for Nuclear Threat Reduction is working to make that happen.